Skip to content
0shares
We’re on a summer journey that will pass our big family through over a dozen states in the next two weeks. You can join me by following here or my updates on Twitter using the hashtag #roadtrip2010

I awoke day two with my eye redder than red. If it wasn’t readily apparent day one that I had pink eye, it was quite evident now. Frick. (By the way, why in the hell do they call it pink eye? My eye is anything but pink. Blood red is more like it. To avoid scaring any children, I wear sunglasses every-fricken-where, even at night. And no, Corey Hart, wearing your sunglasses at night isn’t cool, dude.)

We all awoke with crooked backs, tired bodies and with ravenously hunger. We had nothing to offer the kids but snack foods left-over from the car, or what we had to offer required more than we had – for example, we had a toaster in-room and bread we’d purchased (originally for sandwiches), but no butter to make toast. To include my much-needed coffee which required much-needed milk, which was absent. Obviously, breakfast would have to be eaten elsewhere, and a shopping trip was in order for us to get through the next few days, along with a phone call to Mema (grandma) to let her know we had finally arrived (somewhat) safely and were getting ready to come over.

Now that we were semi-functional, we were able to get a better idea of what the room actually looked like, considering it was now daylight. We knew we had booked this reservation at an older hotel with older fixtures and such, but how old could it possibly be when I, in all my five-foot-seven frame, attempted to take a shower and realized I was almost too tall for the shower? Yikes. And even worse? The room had no curtains, just broken vertical blinds that exposed us to anyone wanting to look in. Not good. But hey, at least it had an indoor pool just in case the weather got sketchy. (Remember my luck already with the “just in case” scenarios for later) 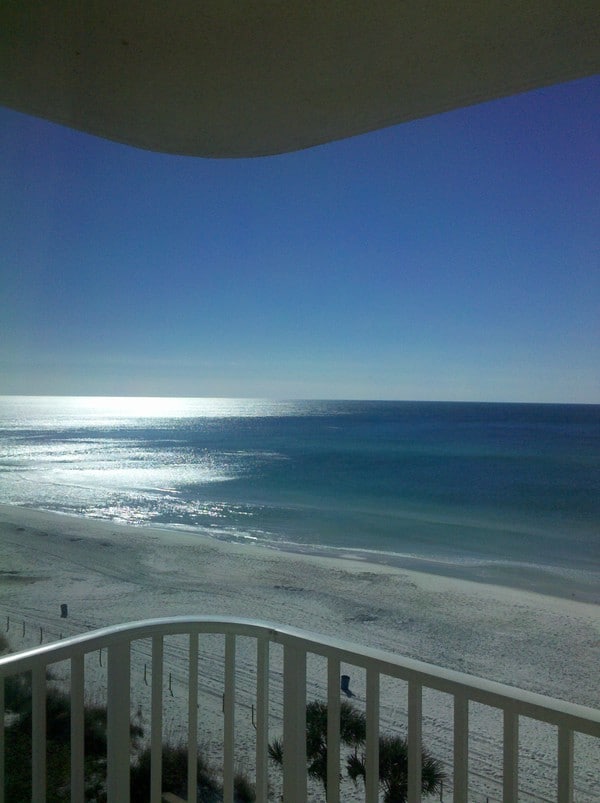 My mother, who is lovingly referred to as “Mema,” is an old-fashioned Italian woman who has eleventy-billion pans and dishes going for when you arrive, ready to feed an army at any time (wonder where I get it from?). She had chicken nuggets and mac-and-cheese and vegetables and oh how the kids went hog-wild “Mema! Mema! Mema!” as they ran up the drive and kissed and hugged compared heights and lost teeth and ran inside to feast and love on her sweet grandma hugs.

My sister and her boys kept my children entertained, as the boys whizzed around the house playing aliens or boy-esque games while the girls surrounded my sister at the table with polish and hair pretties. All of this happened while I doused my eyes with as many eye drops as I could possibly stand to try to rid myself of the red-eye disease.

Our plan for the day? Swim at our hotel’s pool. Clad with bathing suits and towels, we drove the short drive back to our hotel, only to discover our room keys that were supposedly needed to open up the pool’s door didn’t work. Instead, another guest was kind enough to let us in. Little did we know how often we would be the “kind guest” to many, many others in the over-two-hours we spent swimming. (Apparently, something else the hotel needed to fix.)

As we swam, my parents noted how nice the pool was, but how cold the water was. “The water is warmer in the ocean,” she said.

“But I wanted to ensure we could still swim even if it rained just in case,” I responded.

My mother balked. “It hadn’t rained in weeks,” she said.

My father even confirmed this. We went on swimming for a few minutes, enjoying each other, laughing, splashing….

And then the sound happened.

The big fat, metallic clanging of something happening happened overhead, everywhere. It caused everyone to stop dead in their tracks in the pool. No one moved, everyone in the pool looked around as though the roof might cave in or something. And with all the water around us, it took a few minutes to notice it coming down, monsoon-like out the enclosed windows. “Look!” my mother finally noticed. It was pouring.

(Yeah, we are sure rockin’ the “just in case” scenarios. Two-for-two so far.)

The remainder of the night was spent thankfully uneventful, playing and spending lovely time together. But we were left wondering, what else could possibly be in store for us this trip? Is my pink eye ever going to go away? Will I ever go without wearing my sunglasses all day again?

Stick around to find out, Day 3 of #roadtrip2010 – School Shopping Extravaganza and The Tale of the Lost Toddler

Back to School – Interactive USA Map by Constructive Playthings (Giveaway!)