When my seven-year-old learned to ride his bike a couple weeks ago, his proudest moment wasn’t pedaling by himself, it was riding alongside his older brother, the one he looks up to and emulates. 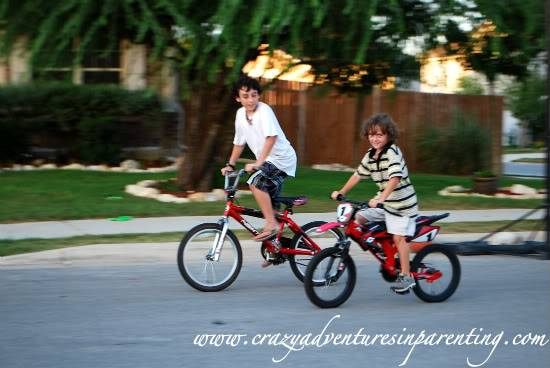 His older brother took pride in riding next to his little brother. Suddenly, bike-riding was on the menu, daily, and both boys ventured around our streets and into the neighboring cul-de-sac constantly. Life became an adventure.

Little did we know how short-lived that would be for my oldest.

My younger son is riding his bike today, but alone. My oldest son’s bike was stolen yesterday.

A bike he was so proud of receiving for his tenth birthday in 2009. 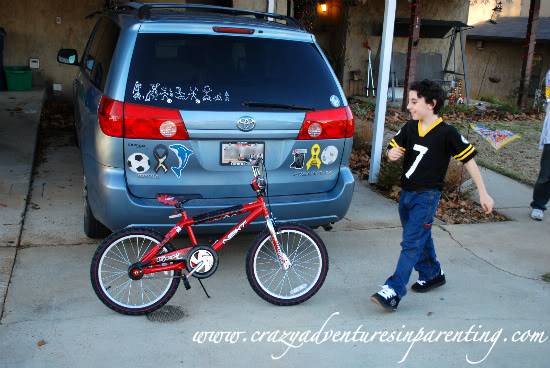 A gift he was just robbed of, because of some unscrupulously conniving person decided to steal from a child instead of save up to buy for themselves.

While this isn’t the first thing to ever go missing from us (you would think living on post would protect you, but in actuality, it was worse), this is our first second thing to be stolen from us after having purchased our own home. (My seven-year-old’s scooter went missing our first few days here. We chalked it up to misplacing it in the move, originally. Now? Not so sure.)

This was on OUR property, on OUR street, in OUR neighborhood.

I feel violated and betrayed. But nothing compares to how my son is feeling at the moment.

First our trampoline was slashed Mother’s Day weekend before we moved to TX (which needed to be replaced), and now my son’s bike is stolen?

Back to School Hauling at GoodWill