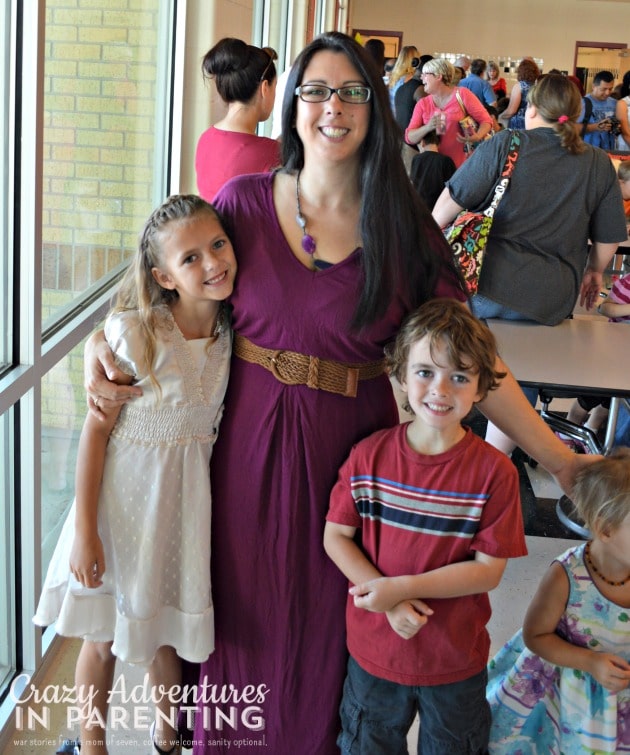 If school hasn’t ended for your children already, it’s about to, and it’s not going to start out too wonderfully for us, parents. No, not because the kids are suddenly home all the time (because that part is the awesome part!). As soon as the summer hits, and those first few days (or week) come where there is ALL OUT CHAOS – with everyone off schedule since there is no longer any schedule, leaving you fumbling for sanity in your coffee while accidentally pouring tears into your mug instead of milk – those days are the ones that make you question how you’re going to hold on all summer.

Suddenly, you don’t have to get up early, you don’t have to wrangle tired kids out of bed, fight to get their hairs combed, teeth brushed and fumble for caffeine while shoving breakfast in their whiny, “I don’t want to go to school” faces. No! It’s those first few days after school ends that suck the life out of you. You and your kids are still on the school schedule, so even if you stay up later, your bodies are saying otherwise. No friends sitting in a chair next to them, no teacher occupying their every minute, no rigid schedule to stick to, the willy-nilly nature of it all sends everyone into a tailspin.

As badly as you were counting down the days until “freedom,” suddenly you’re thinking, “Wait, school wasn’t so bad?” and checking the calendar to see when it starts up again. Because, yes, those first few days are maddening and stressful, and new schedules and body clocks have to be worked out. Change is always uneasy and unnerving, making you feel itchy, uncomfortable, and out of sorts – this is no different.

But the one thing that always gets me through these maddening days is a saying I heard someone say a few years ago that’s kept me in check ever since – eighteen summers. We only get eighteen of these crazy, chaotic-filled times with our kids at the end of school and beginning of summer, only eighteen times to do it, trying to get it right (and failing), but doing it and do it again and again, but they just keep getting older until, surprise, there’s only one or two summers left living with you at home.

Suddenly, you wake up one day, years from now, and that beginning-of-summer chaos is gone. There’s no out-of-whack schedules any longer, you’re left with gigantor big-kid teenagers you barely see anymore, because they never come out of their room before noon, and meet up with friends to leave the house as soon as they’re awake. Almost as badly as you used to mourn for the summer at the beginning of school, dreading the early wake-up times, and mourn the end of school when summer starts, you mourn for these chaotic days being over, because they’re growing up, much more independent, and this kid-chaos is all you’ve known for so long.

Teenagers will never understand what we parents go through, because those eighteen summers click by, like the button on the mouse, clickclickclick, until you’ve shuffled ahead to homecoming court, and tryouts, and SATs – and no longer ABCs, multiplication tables, and field day.

So, hold tight, dear parent. These first few days after school ends will be rocky ones, but they won’t last forever. There’s only eighteen summers of them, after all (and less than that if your kids are already in school). The countdown is definitely on! After a couple rocky attempts at starting your summer break, suddenly the non-schedules will work, clicking into place, and one of your eighteen summers will be well on its way.

Embrace the chaos, parent friends. Embrace every last body ache and “I’m bored” and argument between the kids. Snapshot it in your mind’s eye as hard and fast as you can, because when you blink, you’ll no longer hear the snarls of a summer starting wrong, but Pomp and Circumstance and the snap-shut of the car door as they leave for college.

A toast to you, and to the end of school chaos – may it show us mercy while it’s here, and not kill us when it ends.

12 Musicals for Kids on Netflix #StreamTeam