Do you think your daughter, Christiana, appreciated the remarks you gave to thousands of women the other day calling all of San Antonio’s women “fat” and the city of San Antonio a “gold mine for Weight Watchers?”

(If you haven’t seen it yet, you can see his crappy remarks below.)

Women endure enough body-loathing and fat-shaming on their own, we don’t need a former NBA-player-turned-sports-analyst to shame us on national television. Scratch that, you didn’t shame us, you shamed yourself and your family.

What did your mother think about the words you said on national television? I’m sure she was thrilled with it, too. I know she raised you better than that.

I may not have been born in San Antonio, but San Antonio is my home now, and I’ll be damned if someone’s going to make people I care about feel bad about themselves.

I’m a San Antonio woman, and DAMN FRIGGIN’ PROUD TO SAY SO. 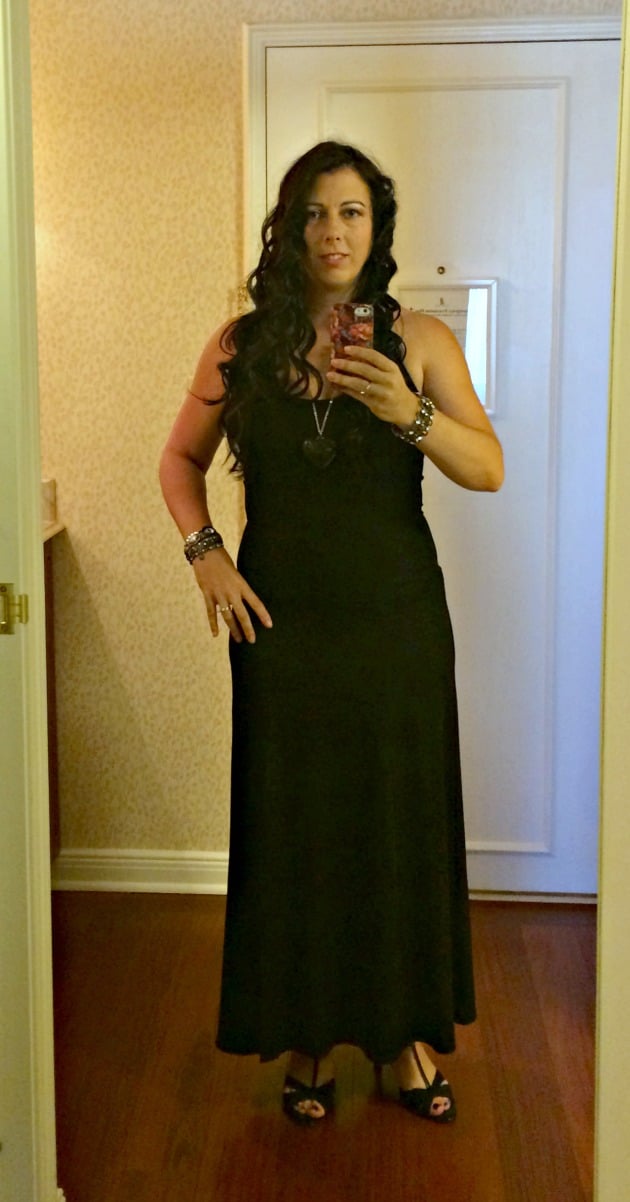 See that picture up there? That picture almost didn’t happen. That woman standing up there, prouder than anything, almost didn’t go to her conference this weekend. Between PPD, and her anxiety over her stretch marks from birthing many children, she wasn’t sure she could do it. But she finally said “ENOUGH!” to all her self-loathing and body hating, and when she walked the halls lined with confident, beautiful, strong women of all shapes and sizes, she realized she was right where she was supposed to be, and it was finally time to realize that dress sizes do not make a woman. The brains, the braun of the mind and soul, they DO make a woman.

As the Title Sponsor for the conference I just attended this weekend, Dove was there to continue spreading their message of positive self-esteem about their #BeautyIs campaign, as they’re committed to creating a world where beauty will be seen as a source of confidence, and not one of anxiety. Dove’s encouraging women to develop a positive relationship with the reflection they see in the mirror. And because girls often replicate their mothers’ behaviors about all things beauty, confidence and self-esteem, it’s even more important for Dove’s message of beauty and positivity be shared. ALL women and mothers should be able to recognize the beauty in themselves in order to set positive examples for their daughters, sisters, and friends.

I think Charles Barkley and TNT could learn a thing or two from Dove and their #BeautyIs campaign, don’t you think?

TNT, you should be ashamed that you PAID him to go on air and to say those things, even if it wasn’t scripted, it wasn’t the first time he’s done it, and you didn’t stop it then, but you NEED to stop it now. You also need to demand their apologies to San Antonio and women everywhere for what was said. While they may not have said it outright as Charles did, Ernie Johnson, Shaquille O’Neal, and Kenny Smith certainly participated.

Not just a few weeks ago you were all condemning Sterling for his racist remarks, but now, as a network, you’ve done a complete 180 and are allowing on-air woman-hating and fat-shaming? Making slurs about race is just as offensive as making comments about someone’s size.

Shame on you, Charles Barkley and TNT.