Oh my gosh, Walt Disney World has done it AGAIN!! The military may receive discounted tickets for their service-member and their family members, yes! Thank you so much Disney World for honoring our military again yet another year, it means such a great deal to us!

Now, again, there are a few more changes from last year’s Armed Forces Salute offer, so before you pack your bags and set sail for the wondrous Disney journey to visit the happiest place on Earth, read on for the important noteworthy changes:

-To date, Disneyland does not offer this special deal.

-Important!! Tickets must be “activated” no later than October 1st, 2011 at any Disney World ticket window to be used. I will update this page when I get clarification to this, but according to the Disney World Military website, they say you can’t activate your tickets any later than October 1st, but also, that they expire on October 1st. So, in actuality, if they do expire that day, then the latest you could potentially activate your tickets is four days prior, which is September 27th, 2011. But, sales for these four-day tickets go on sale through September 28th, so their final day of use should be October 2nd. Again, I will clarify this, if it was a misprint or typo.The details:

From October 25, 2010 through Sept. 28, 2011 active and retired U.S. military personnel (including National Guard and Reservists) or their spouses can purchase:

On top of this amazing special, Shades of Green has resort specials offered, Disney World Resorts are also offering up to a 40% military discount on their room rates for military as they did last year (black out dates also apply here as well). Remember the following codes when reserving your rooms!

Disney World is also offering a 25% off military discount for Cirque du Soleil tickets as well!

Do not forget the Disney World Moms Panel for any and all your planning needs, they are an amazing bunch of moms and dads that are there to help you plan the best trip imaginable!

Remember, by purchasing the Water Parks Fun & More add-on for $27 a person, you can extend your trip, as we did, by visiting the park four days with the base ticket, and visit the other attractions for four days as well, giving you a maximum of eight days you can spend at Disney World having fun. Purchasing this option, too, allows you to have a back up plan should it rain, as it did for us, allowing us to spend the day at Disney Quest playing games instead.)

We’re heading back to Disney this March, and I absolutely cannot wait! Happy Disney Vacationing! 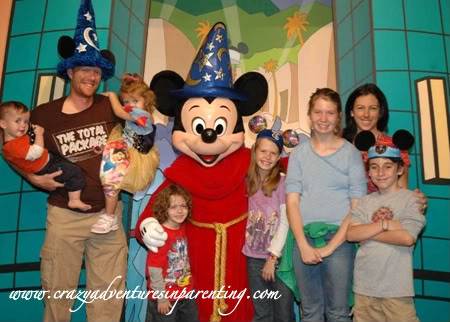