This is what happens when one mom-of-many gets a little too carried away in the ignoring laundry department. Oy! Shockingly, yes, the following pictures depict is the actual amount of laundry that was done by me, Lisa Douglas, yesterday during the day/evening/night.

By sundown, after doing four loads of darks and one large load of whites, it towered over Baby Dude. 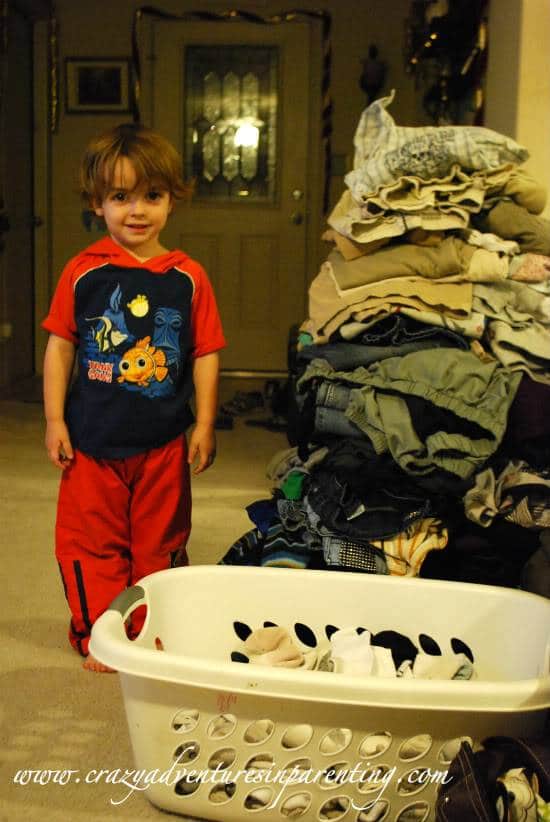 Soon thereafter, one gigantic load of reds/pinks/oranges made the Laundry Tower ‘o Doom loom menacingly over Baby Sis’ head once folded and added. 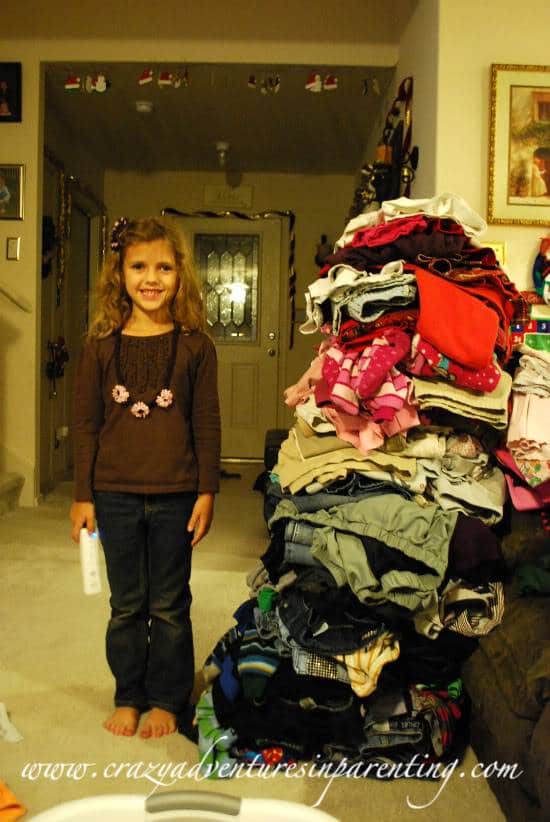 I mentioned at the dinner table how grateful I was that the load in the dryer was the last load. My oldest son quickly scooted upstairs and brought down to me the evilest of gifts – his laundry basket, chock-filled with all his school clothes from last week, plus all his play clothes from over the weekend. He, then followed by my middle daughter, who found two day’s worth of clothes, filled a sudden, surprise last load I (unhappily) put in the washer. During dinner. Just as I thought I was done.

And when both of the loads came out? It towered over both Super M and my oldest son, Major Spaz. 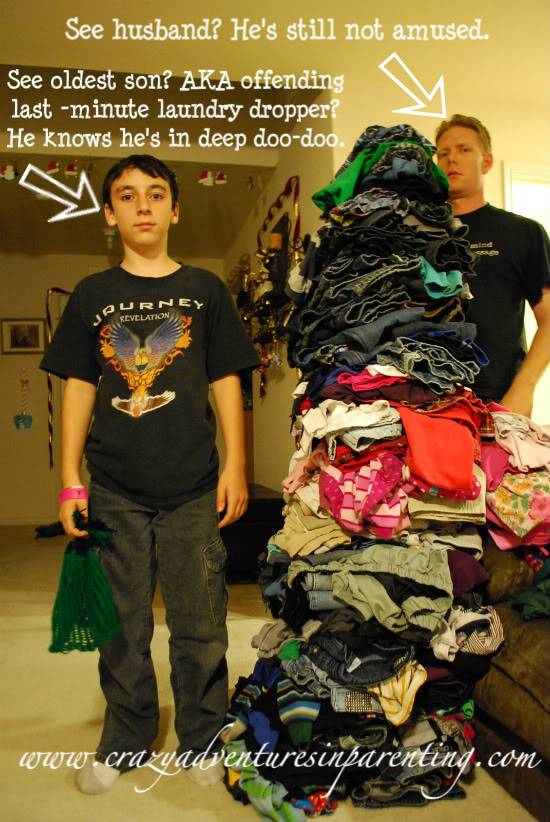 Soooo, we put the five youngest together, and lo-and-behold? Yup.

Thankfully, gathering five of the six kids right there, we were ready to dole ’em out. Hubs and I diligently whittled our way through the gigantic stack, threatening to teeter over at any moment. Hubs originally wanted to play his newly created “Laundry Jenga” game – take out a piece of your clothing from the middle of the stack, and if you don’t knock it over, you get to keep said piece of clothing. Of course, he was kidding, but still, we seriously contemplated it after yesterday’s war on Mount Washmore.

The finished results – all six kids with their huge stacks of clothes to put away. Mom wins!! 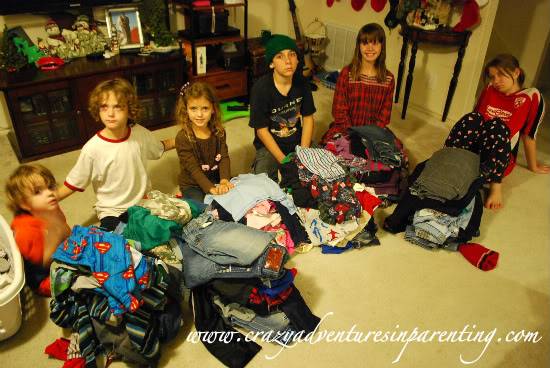 And don’t even talk to me about socks. Dude!

How’s your laundry pile? Tell me, has it ever been as big as mine? Or bigger?