The following post is sponsored by Burst on behalf of EASY-OFF®.

It was a frantic search for this house, as you know, with one month to find, secure, and buy a house before we moved. The builders we eventually went with weren’t exactly as amenable and fantastic as they could have been. Upon the first walk through after appliances were installed, I panicked. The appliances were WHITE when they were supposed to be black. Um, guys? This isn’t what we paid for.

They switched them out as fast as they could (ON our move-in day, no less), but failed to replace the white self-cleaning stove with an identical model in black. They gave us a stove that costs hundreds less, half as much as the one we were supposed to get, looking almost identical to what we had, but we never noticed until I went to clean it for the first time.

“Um, babe? Am I blind? Are you not seeing the self-cleaning button either?”

Yup, they sure did. Cheap-o oven replacement, and nothing we could do about it to change it, now, that it’s been used for a few months.

I did my best to keep up with it. We haven’t had a non-self-cleaning oven in so long, I totally forgot how tough it was to keep clean. I was so used to sweeping out the ash from the self-cleaning, I forgot how painstaking it can be to scrub, especially if you aren’t keeping up with it as often as you should be. It’s especially difficult if you aren’t using the right products on it. And to be honest, I wasn’t.

I have asthma, and I’ve always been particularly sensitive to chemicals. My mom used to make me go to a friend’s house when she’d clean the oven, so I wouldn’t breathe in the fumes. But back then, the fumes were much worse, before they came out with the “fume free” types, it just smelled God-awful and all you could do was throw open all your windows and brave it, or escape (like my mom would make me).

No matter how hard I’ve tried living here, no matter what I did to stay chemical-free, my homemade remedies for this baked on grime just weren’t working. I was spending far too much time stretching, scrubbing, gritting my teeth and frustrated. So, I caved. I had to, it was time. I had to try the chemical stuff. I threw on some gloves, covered my face, sprayed my oven senseless, and snapped a picture of my God-awful oven for all to see. (I’m so sorry, mom. I know you taught me better than to let it get like this.)

I took the racks and brought them outside, and sprayed them, too, along with the grill racks and covers. 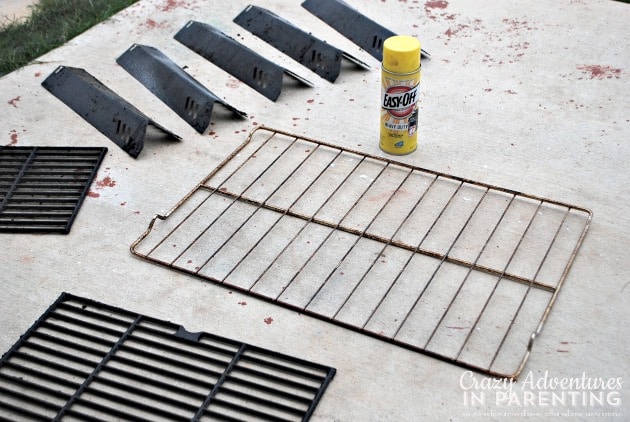 After one wipe with the EASY-OFF® Heavy Duty Oven Cleaner, I could see it shine again. Amazing! 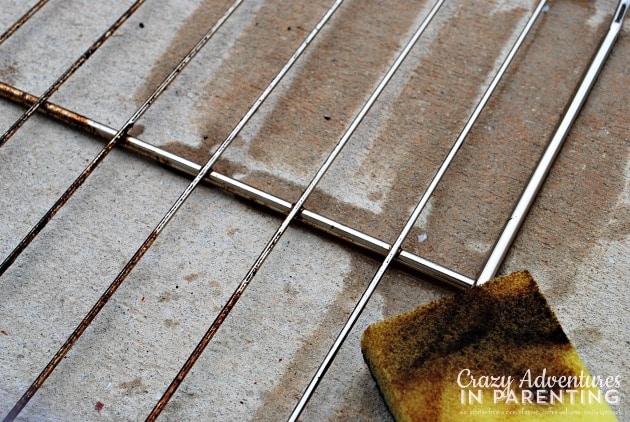 After one wipe on the oven’s side, I could see the gray again! No more gross, drippy brown, hooray! 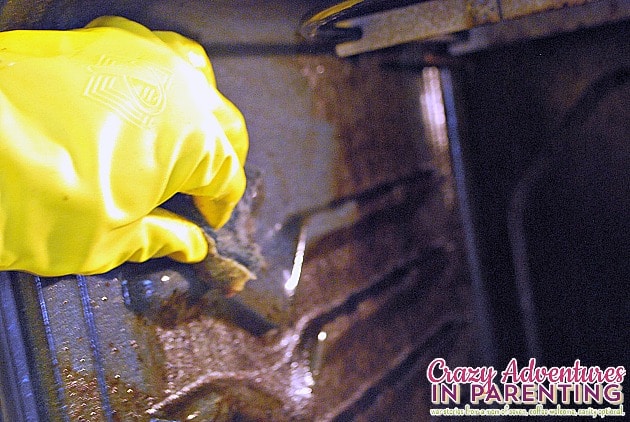 And one wipe on the oven door, holy cow!

I sprayed it on our flame covers on the grill, too, where all the drips seem to land. Here’s a before and after of what it looked like! 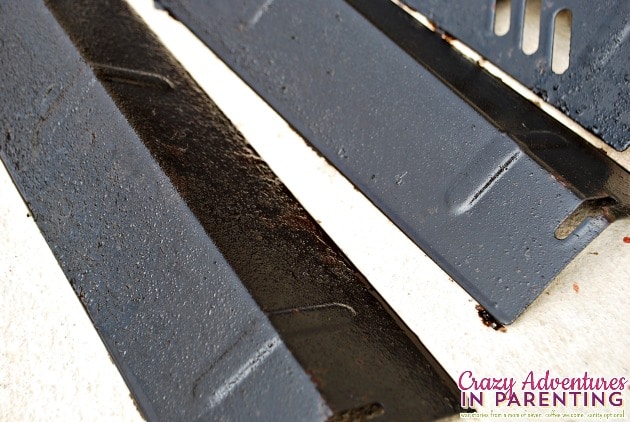 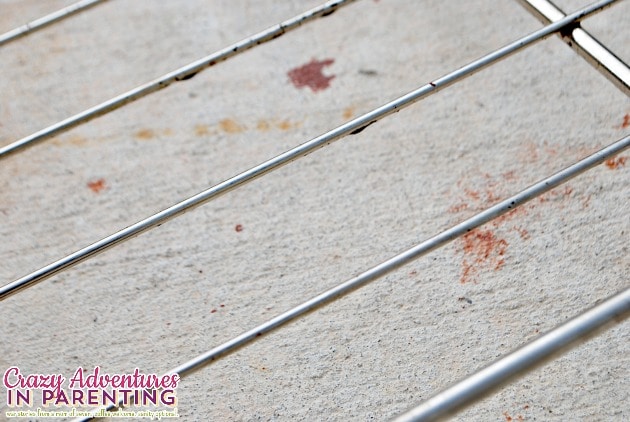 I made a huge mess cleaning the racks off on our back porch area, whoops! (Thank goodness for hoses! And pavement paint!) 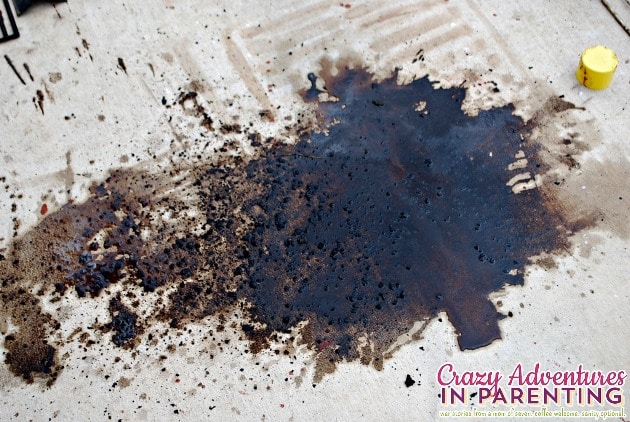 And here are the results! Doesn’t even look like the same oven, does it? 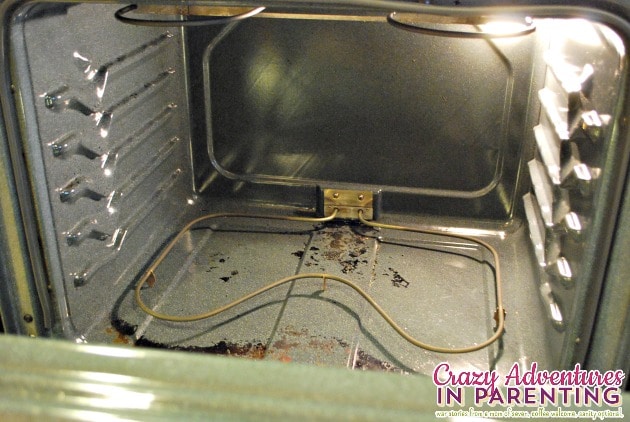 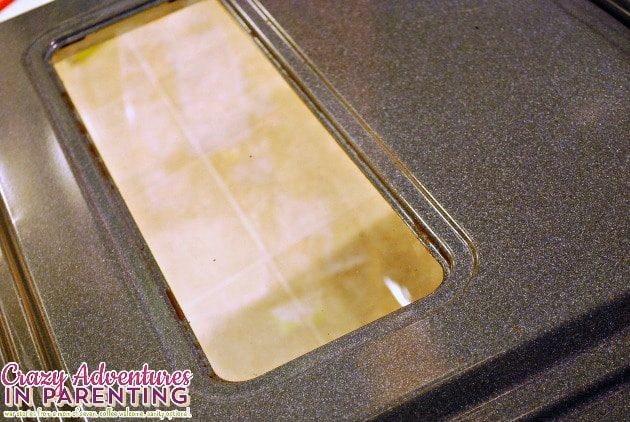 Huge lesson learned for me – don’t let it get so bad, clean it more often, and work smarter, not harder!

You can find EASY-OFF® oven cleaners at Wal-Mart. Visit EasyOff.us to learn more.