I believe my new nickname in the kitchen is going to be “Screw Up McGee”, because it seems all I do anymore is mess up. A lot. Did I say a lot?

So my latest goof involves blueberry muffins and a new technique I had planned to be g-e-n-i-u-s, only it was sticky, too difficult and… ah, you’ll see what I mean soon enough.

Note: As usual, this recipe is a doubled version – half it if you have a smaller family, unless you want to stockpile and freeze some for later 🙂 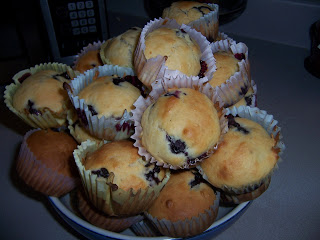 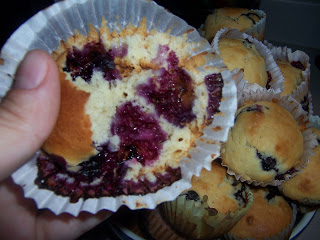 Cuz of that whole stirring debaucle, they stuck to the sides. Drat!

Good thing they taste good. Ah well, extra fiber, with that paper and all. Better luck next time. I hope. I’m beginning to think I might need to steer clear of the kitchen. Or somethin’.

Lose the Baby Weight – Want to Join Me?

Good For My Heart