It was September 26th, 2008, and I felt as big as a house, being a day overdue with Baby Dude. I delved head first into the music folder on my then-desktop computer and played the dancier of my tunes to rock out a bit, hoping to dance the baby out. One of my more happier tunes appeared in the shuffle, Enrique Iglesias’ “Escape.” I picked up Baby Sis, sitting her atop the mountainous belly I sported, and began to be-bop back and forth, undulating hips side to side, as the tears fell, pouring out of me everywhere.

I knew this was our last time, hers and mine, her last time as my youngest. I knew I was giving birth soon. And I did, the next morning, as I went into labor later that day. Dancing had apparently worked.

Ever since that day, that song has been special to me, every time I hear it I’m immediately drawn back to that mommy-daughter dance I had with my then-twenty-month-old daughter, awaiting yet holding my breath for my baby’s arrival. And someday I’ll tell that story to her, about how we celebrated her last day as my youngest with a dance, and how she helped encourage her baby brother out.

After my post the other day, I’ve vowed to make little changes to get back to “me” again. I’ve been playing music often. Loudly. Dancing my way from Point A to Point B with no intention yet all the intention in the world – the intention of getting me feeling better about me and things and life. It’s amazing how healing music truly is for the soul.

I’ve created a new playlist on iTunes called, “Awesomeness,” filled with songs that make me feel uplifted, inspired, dancey, and even emotional. Some of these songs are old, some are new, some are simply fun-to-dance-to songs, and some were playing in the background of some of the most important times in my life. On that playlist is that Enrique Iglesias song.

The kids had just gone outside, and the baby had just finished feeding and was awfully sleepy in my arms just needing a little encouragement to finally drift off. I decided to sway and be-bop with her, to whatever song was on at that moment, watching us from our reflection in the television. Unexpectedly, “Escape” came on that moment, and the tears started again, similarly to that September day. I watched myself swaying similarly, although thirty-something pounds lighter with two additional babies born since. I was clutching a baby girl somewhat like that day, cradling her in my arms as I shook from the tears. It was almost surreal.

On that first day, I was eagerly awaiting a baby’s overdue arrival. Who knew I’d be dancing with another child, another girl, almost four years later, to the same song? 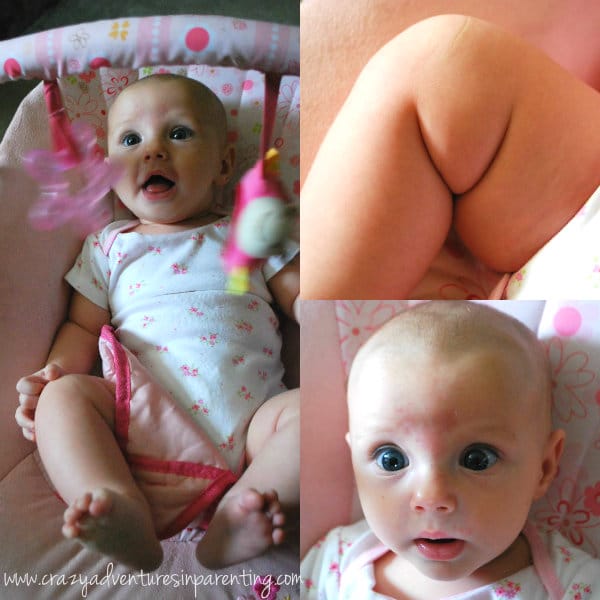 If you made a playlist of your life, what would you put on it?

Big Families: How Do You Do It? {Meal Time}

Why Summer is Going To Kill Me