At first, I didn’t understand why the kids had to dress up. “Oscar Inspired” awards ceremony made no sense to me. My daughter told me her friends were “dress shopping” for this event. Wait? What? Why?

I read the announcement paper she handed me, talking about how jeans were “discouraged” but dress slacks, shirts with ties, fancy dresses were encouraged. This was the “academy” awards, after all. I still didn’t quite get it.

Upon opening the door to the school, I gasped. They set out the “red carpet” for the kids (which was red paper, not carpet, but still). Each child in the sixth grade decorated a star and it was taped onto the edges of the “carpet.” Clearly, this was a bigger deal than I surmised. 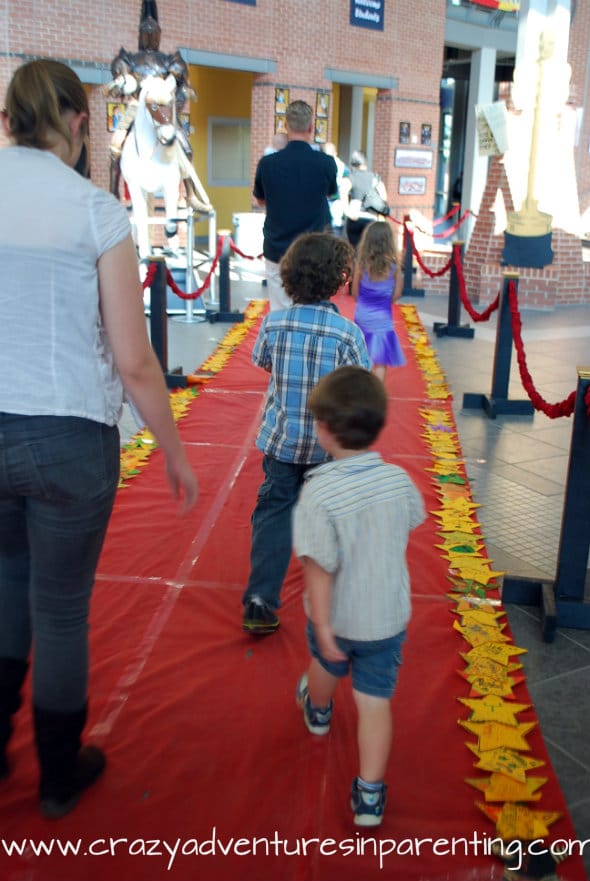 There was no section of area undecorated for this event. As we entered the auditorium to search for a hard-to-find seat, we noticed the stage area was set up with lots of Oscar statues, much like the Academy Awards usually is. You could tell, by the way the teachers and even some of the parents and siblings were dressed up, that this was so much more than an a mere awards ceremony. This was all too new to us, being new to this area, so we sat back and observed in awe.

They treated our kids like royalty as they announced their awards, truly celebrating each child’s promotion to the next grade and next school: junior high. 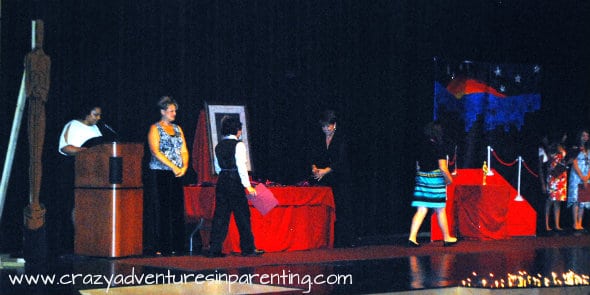 It occurred to me about halfway through, this was our kids’ first promotion ceremony ever. We’d left Fort Polk still in elementary school, and they arrived here starting the last year of middle school. We simply had no idea this was the “norm” here. I could not be more grateful.

This school year was such an eye-opener for us, how much this place, this administration cares about the kids, how much they do for them. To hear the parents hoot and holler in the stands as the kids crossed the stage, to see the teachers saying such wonderful things about the kids. I don’t think I can begin to describe how grateful it made me to be there, in those seats, watching them.

We were unprepared for this event (in so many ways). My big dude out grew everything fancy, we had to run to the local PX to get him this fancy purple suit outfit and shoes. He was so proud. He tried to get away with wearing a fedora on stage, but they wouldn’t let him. He loves any opportunity to dress up. 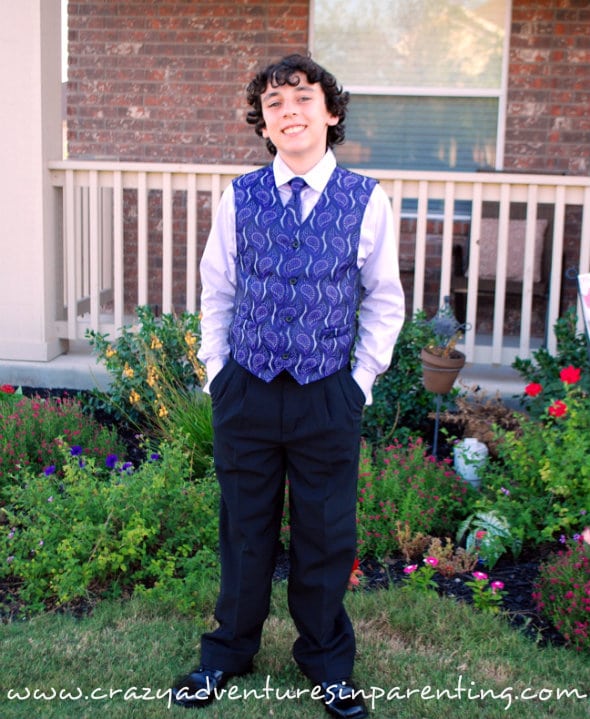 And this girl, good gravy! While she already had this gorgeous dress, she had no dressy shoes for it, until we broke into the storage container that had her older sister’s old fancy outfits. This was her first time walking in heels, and she did wonderfully, having practiced around the house before we left. (She did better than some of those poor girls, wearing heels to tall for them, who practically skated inch-by-inch. The downsides to dressing up for such an occasion I suppose!) 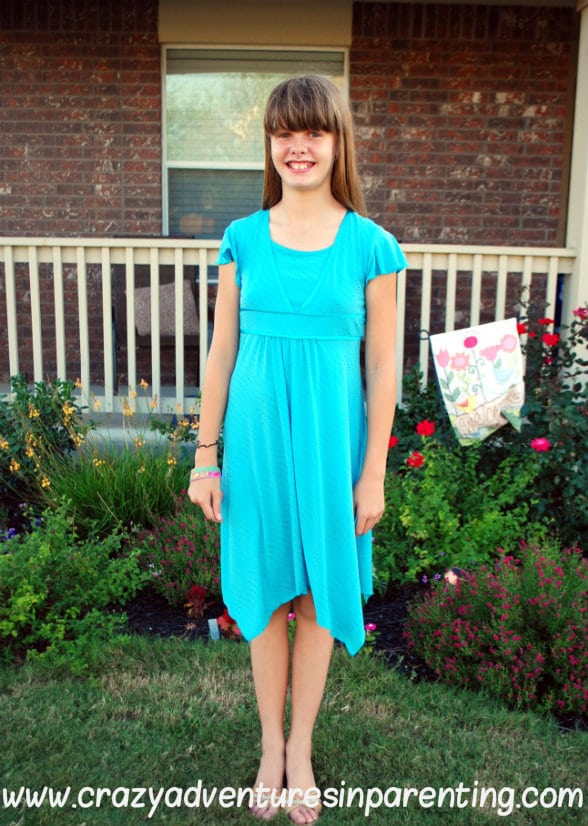 Seriously, how has it been a year in San Antonio already? Where does the time go?

My Toddler’s Impression of Rocky Balboa

What Mom Used To Be. And What She Wants To Become.