As part of being an Orange Tuesday ambassador, last week we were assigned to shop for our Halloween costumes from BuyCostumes.com! I can’t wait to show you what we chose! 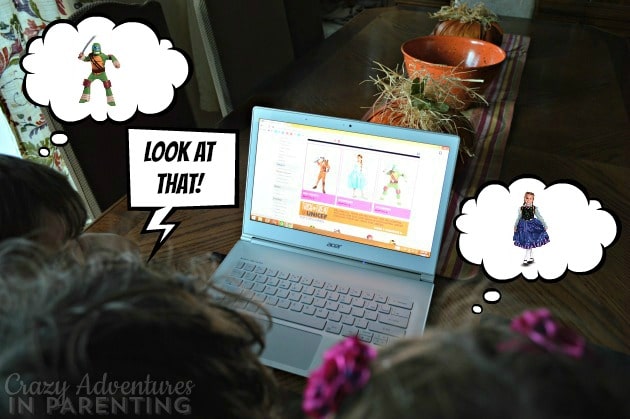 As you all know, every year for the last decade, my husband has been a pirate. He looooves all things pirate, and wears it every chance he gets. (Talk like a Pirate day? His birthday? I mean, any day ending in “Y” is a good reason. Life’s better in costume, am I right?) But having worn that costume every year for 10+ years now, his pirate shirt has developed a large hole under the arm. Whether or not he decides to still be a pirate this year is up to him, but I couldn’t not replace his pirate costume shirt after seeing all the awesome pirate costumes choices available. This way, he can continue to dress as a pirate without a draft 🙂

My teen girl really wanted to be Raven from Teen Titans for Halloween, but this costume was more of a DIY CoSplay kind-of thing, and well beyond our crafting abilities. In searching for something just as awesome, and after pouring over the huge array of Batman Costumes, she ultimately chose to be Batgirl. With a few much-needed embellishments, not only make it more appropriate for her (since she’s really modest) but also WARMER (since Halloween in NC is considerably colder than in Texas), we think this costume is a winner for her! 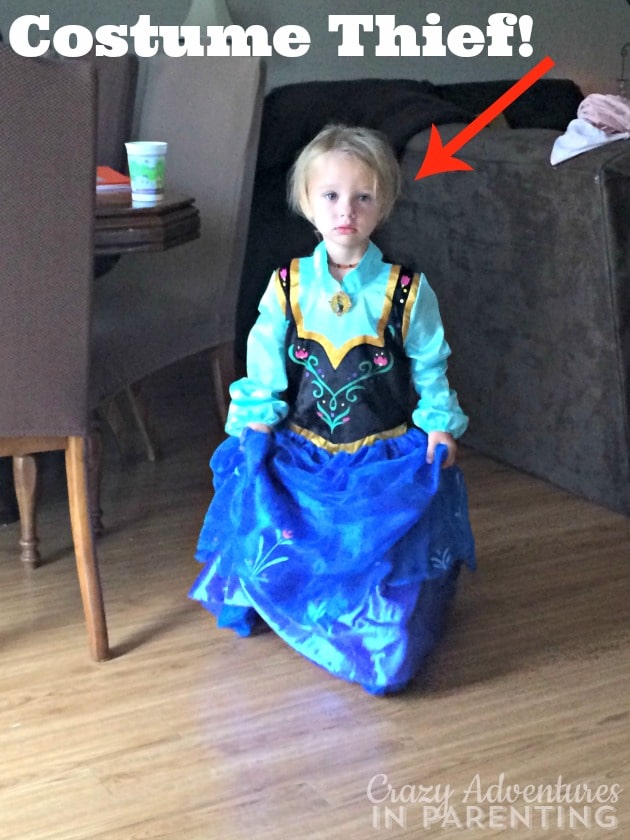 Baby V adoooores Sofia the First, and is ALWAYS stealing her older sister’s deluxe costumes (both Sofia the First and Anna from Frozen). I decided to get her the Sofia costume in HER size, so she could have one just like her sister. Meanwhile, her older sister will be wearing that Anna costume above, and I can’t wait to try this Anna FROZEN makeup tutorial on her!

For my costume? I was totally clueless. My queen costume has been a great one to use year after year, but I’m not nearly as passionate about it as my husband is about his pirate costume. Plus, it gets itchy after wearing it a while. After sitting down with the kids and seeing all the Spiderman costumes, my boys thought I should be Spider Girl and call myself “Spider Mom.” But, as you all know a) I HATE SPIDERS (sorry, Spiderman). I don’t want to be “Spider Mom” because what if I suddenly become a spider magnet?!? Ew. And scary. And ew. And b) the bodysuit. I don’t know how warm it might be, and I didn’t want to freeze my Spider mom butt off. Also, spiders. Ew. I ended up choosing Abby from NCIS, because SHE’S AWESOME! I can’t wait to accessorize it! And, because I’m all for group costumes, I’m getting the Gibbs costume for my son, too, in hopes that he’ll decide to join me. (He seemingly thinks he’s too old for costumes at the ancient age for 14. *insert eye roll here*) 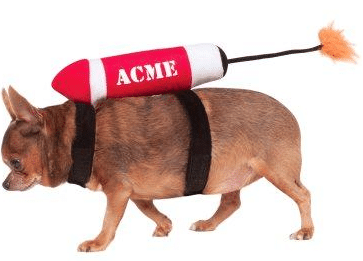 We’re not done costume shopping yet, though! We’re gonna need a little help from you on choosing a costume for our puppy, Mystic. We’re leaning towards this hilarious Acme Dynamite costume (a throwback to Looney Tunes!), but this is our first foray into pet costumes and we don’t know what’s good to choose or not. I figured, the less of a costume there is, the better, but does velcro aggravate them? Any tips or tricks you can share?

Here’s all our BuyCostumes.com goodies:

Also, this fall, Buy Costumes will donate ten percent of the total merchandise price of all orders made on BuyCostumes.com in the U.S. from September 2 to October 31, 2014. Customers will also be able to make an additional donation when shopping the site as well. Visit http://www.BuyCostumes.com/UNICEF for more information.

What do you think of our family’s costume choices? Anything similar to what you’re thinking of dressing up as for Halloween? What is YOUR family going to be?

Our Love for Garanimals