During every walk this week, Baby Dude and I concocted a plan about how we were to “picnic” on his birthday yesterday, having lunch on a blanket, at the park, eating our PB&Js and carrotsticks in the sunlight while sipping water and swinging swings. It wasn’t the most dazzling plan of all plans, but it was ours, originally his idea, and it sent tingles through my spine how special it was going to be just him and me (and Baby V).

Except my kindergartner had been home sick at the begining of the week and seemingly passed off a little of her funk my way. I was feeling rundown and fluish, but still than willing to lace up my sneakers and indulge in the delicious sunshine we’d been dreaming about.

Except my Dude didn’t seem to want to go anymore. Maybe he sensed I didn’t feel well. Maybe he didn’t feel well, either. What I do know is we kicked around the house, doing absolutely nothing fantastic at all yesterday, and it felt wrong, yet needed, all at once.

When the kids came home, I felt a little rejuvenated – maybe with the kids home and some fresh energy in the house, maybe the exciting part of his birthday would commence. After all, as sweet as cuddling on the couch was, it wasn’t what we’d planned. We’d planned action, and smiles, and laughter until we drooled.

My third-grader took him out on the trampoline with a few Beyblades, but after a while, they came in. No one seemed rather interested in expelling more energy than they had to, let alone celebrating, or so it seemed. I was beginning to feel like a huge failure, and that feeling was getting worse as the day wore on.

To make matter worse, his cake baked strangely, sunken in at the center, and it remained too warm for too long, so when I sliced it to ice down the middle, it broke into four pieces. Thankfully, the icing covered the broken top part, but it was most certainly the most Frankensteinian of birthday cakes. In fact, he wanted no fancy decorations – no Andy’s Bed like last year – just a vanilla cake with chocolate frosting.

We sent him upstairs for a bit to play a video game while we secretly decorated with crepe paper and taped mouth-blown balloons. We re-used his tablecloth from last year, as requested, he loved his party last year so much he wanted it again. The kids were getting more into it as decorations started going up, despite voices being raised.

Dinner was also nothing spectacular – he requested dinosaur chicken nuggets, boxed (organic) macaroni and cheese (not my homemade stuff), and cheese quesadillas. It felt piddly and watered-down, and sad. The table looked so empty, I put his cake and cupcakes on the table, too, just to make it look like we had a lot more, strategically placing his Toy Story figures in between the food, too. 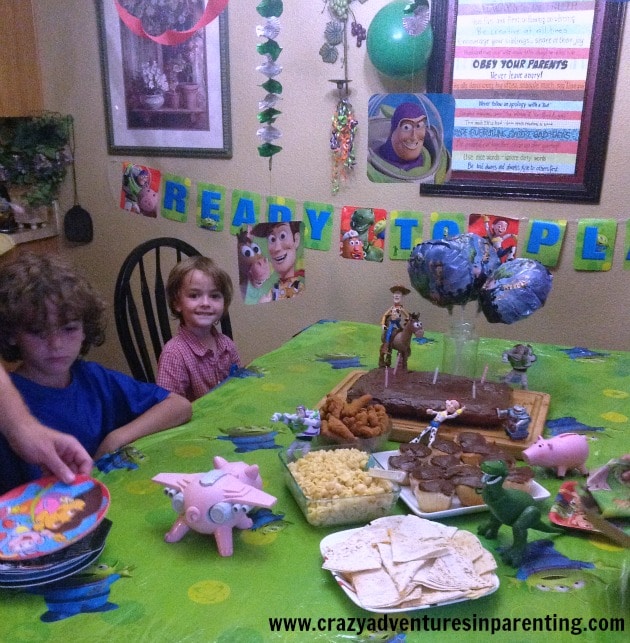 But look at his face. He came down to quite the hoopla we’d created for him, all the dangling balloons and twisted, wispy crepe paper. He didn’t see a “piddly” table, he saw what he asked for, and he loved every second of what we did to make his fourth birthday special.

And then my twelve-year-old daughter hugged me and said some of the most important words I have ever heard in my lifetime, “Mom I love how you always make everything pretty and so special.”

OH MY GOD! That phrase was so healing to me, and came at the exact right time I couldn’t have felt any lower.

It turns out, I was too busy wallowing in my lack-of-birthdayness while he and his siblings were cherishing the special occasion. His birthday may have been underwhelming to me, but it was downright spectacular for him. And them.

Look at my daughters’ loving faces looking at their birthday brother: 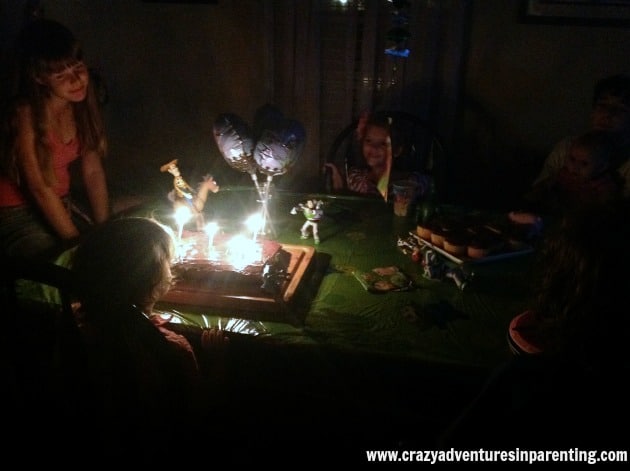 Look at them watching him open his coloring book, crayons, new Beyblade (he already owned, whoops), and a fancy $10 Batman costume: 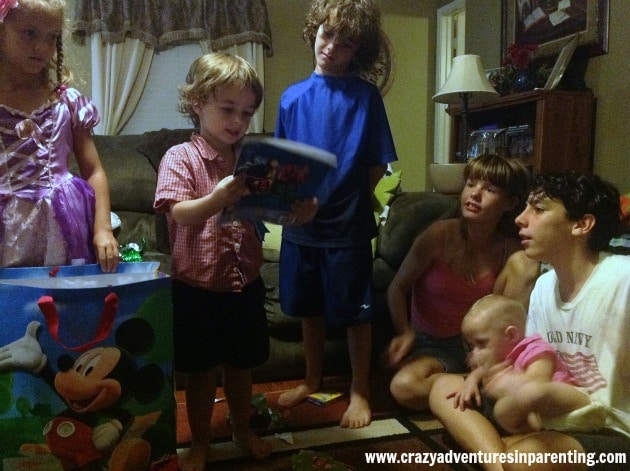 I could barely contain the tears when he put on his costume. I felt so many emotions – drained, sick, and remorseful, but happy, proud, and celebratory. 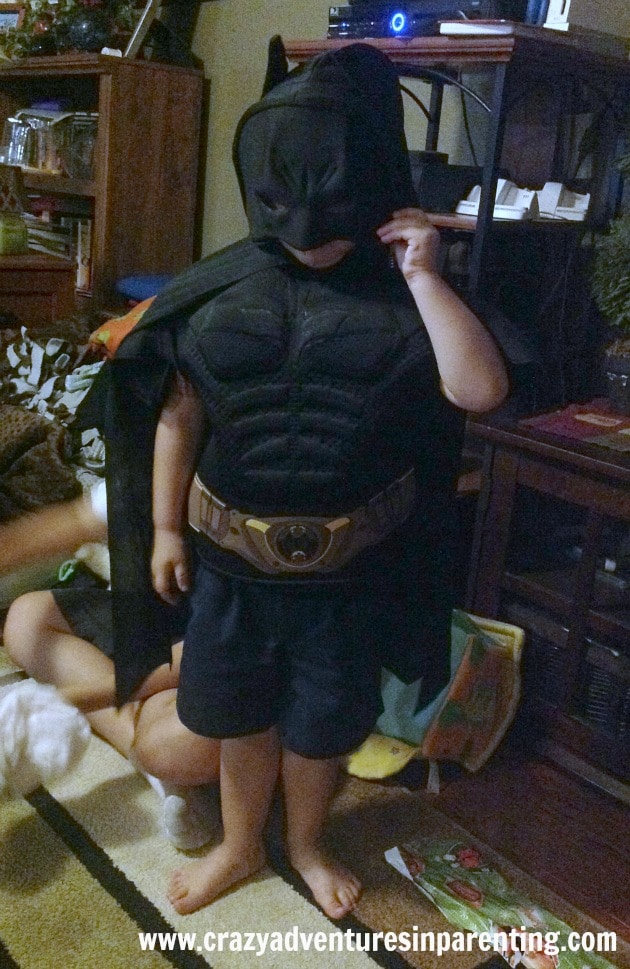 I am grateful everyday for my children, and for the knowledge that it isn’t always the parents and teachers that do the teaching, but the kids, themselves, have things to teach us, too.

I hope I never stop learning from them. Ever.